The natural surroundings and exceptional landscapes of the Alpilles have inspired numerous artists, including some famous names such as Vincent Van Gogh, Jean Cocteau and Yves Brayer.

The footpaths criss-crossing Les Baux-de-Provence will appeal equally to lovers of history and of sport, and also to families seeking walks in a unique setting. The local flora and fauna can also be discovered along these footpaths that are part of the Alpilles Regional Nature Park.

From stone and rock

The dramatic rocky landscape of Les Baux-de-Provence has been described by some major authors. Its jagged cliffs dotted with caves have inspired a number of legends.

Stone has been quarried at Les Baux-de-Provence since ancient times and this activity has shaped the landscape. Soft limestone, known as molasse, is easy to cut and to carve. It was used in the construction of monuments in Arles, but can also be seen in the decorative architectural details, such as capitals and arches.

The open-cast quarries set up by the Romans gradually moved underground where the stone is more uniform and also much softer to work. Once it has been extracted and cut to the desired shape, Les Baux stone takes on a hard patinated surface on exposure to the elements.

The limestone has been moulded into fascinating shapes by the strong winds. If you use your imagination as you walk around, you can discover pirate skulls, lions and other imaginary beings. In the Val d’Enfer (Valley of Hell), guarded by stone monsters, myths and poets were to be found in its bewitching fairy caves. Dante took inspiration from the Val d’Enfer when writing his Inferno, and in the poem Mirèio by Frédéric Mistral, the Val d’Enfer is the den of the witch Taven.

In 1821, when working in the Baux-de-Provence area, mineralogist Pierre Berthier discovered a red-coloured ore made up of one or several hydrates of alumina. He named it Bauxite.

From samples supplied by Berthier, in 1858 researchers managed to produce a double aluminium chloride from which the metal could be easily extracted. Up until 1939, France was the largest producer of bauxite. The last mines in Les Baux-de-Provence were closed down in 1990.

Aluminium, the metal extracted from Bauxite, has been used in industry since the end of the 19th century. It is the most popular non-ferrous metal as it is light, corrosion-resistant, has good electrical and thermal conductivity and high mechanical strength in certain alloys.

At the heart of a nature park

The Alpilles Regional Nature Park is an area comprising 16 communes, including Les Baux-de-Provence. It showcases the character of Provence, from the Camargue to the Luberon.

This is a proud, wild landscape, with the white of its limestone outcrops standing out against the deep blue of the sky and its gentler slopes covered with vines and olive trees.

Rare and iconic mountain species such as Bonelli’s eagle and the wallcreeper attract bird-watchers from around the world.

The variety of the landscape, the richness of the flora and fauna, the rare species… all make this a place of incomparable scientific interest. But the natural world of the Alpilles is more than that. Shaped by its inhabitants over centuries, it embodies a cultural legacy at the very root of the area’s identity. 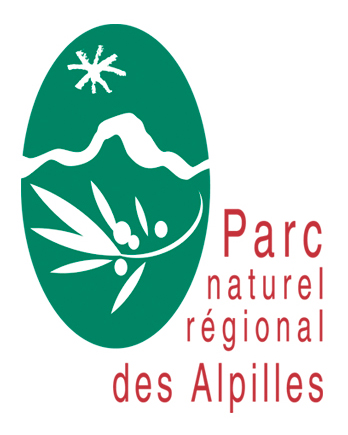 Visit Les Baux-de-Provence at any time of year and discover the changing palette of light and colours of the Alpilles landscape. At Les Baux-de-Provence you can explore history dating back thousands of years, age-old traditions and the Provençal way of life with its tastes and flavours. Enjoy your visit!

All good ideas and good addresses are here.

To be kept informed of the latest festive and cultural news from Baux-de-Provence,
subscribe to our newsletter